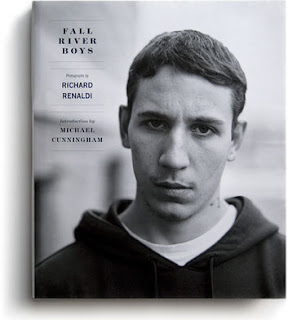 In the spring of 2000, Richard Renaldi began making frequent trips to the small New England city of Fall River, Massachusetts. Situated just a short distance from the Atlantic coast, Fall River was once at the very center of American textile manufacturing. Renaldi’s aim was to photograph the young men of Fall River coming of age amidst an industrial landscape well past its boom years. This extraordinary body of images—both portraits and landscapes—is gathered here for the first time in Renaldi’s second monograph, Fall River Boys.

The resulting photographs, made over the course of nine years, are not brief encounters. Renaldi’s quiet gaze considers his subjects with neither judgment nor irony. What emerges is a nuanced portrait of a city where young men grow into manhood surrounded by a landscape of idyllic natural beauty, frayed at the margins by darkened relics of an industrial past. Like the city of Fall River itself, the boys looking directly into Renaldi’s lens face an uncertain future, at once hinting of possibility yet promising nothing.

Fall River Boys is a beautiful, clothbound volume of 89 black-and-white images reproduced in rich tritone and published in an edition of 1200. The introduction is an original essay by Pulitzer Prize-winning author Michael Cunningham."