Just noticed that Netflix added the animated Spiderman series from 1967 to it's line up.  I grew up with this and I'm quite excited.

In the intro, Spidey uses a camera.  Apparently it is a rangefinder, possibly a Leica. 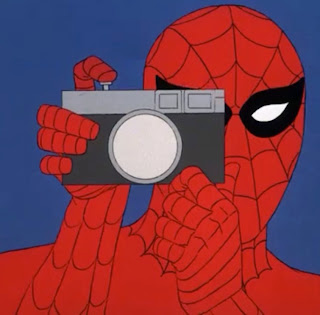 Want to help support @FractionMag without doing anything special?
Simply use this link http://amzn.to/hG43S4 when shopping on Amazon


That's it.  No need to send money or buy something specific.

Social networking is a sterile digital shooting gallery, where the product is free, every byte is lipid-soluble, and the molecules mate with your limbic receptors like chocolate-covered heroin in hot melted butter. But its inevitable downside is social-networking fatigue. Every fashionable affliction needs a support group and an onomatopoeic acronym; ergo, SNF--- like the sniffles. So hand me a tissue, and take one for yourself.

As you flit like a dragonfly from post to hyperlink to feed to page to stream to group, looking for the next particle of information you can’t afford to miss --- or important connection you have to make for your career’s sake --- social-networking becomes the deep-brain electrode whose stim-switch needs relentless hammering just to keep withdrawal at bay.

When I started photographing seriously again a few years back, Someone told me that Everyone Needs To Have a [Insert Social Network name] Presence In Order To Succeed. Well, I took Someone at her word, and pretty soon I was using regularly. I can’t recall whether Facebook was the gateway, or Twitter; but soon they were joined by a blog or two, a portfolio website, a Flickr stream, a Tumblr [?site --- is Tumblr a noun or an adjective, and can it ever be a verb?], and probably a few others I’ve left out. The means have became the end. But at least I’m part of...something. Aren’t I? Yes; the Legion of the Tired and Stressed, that's what.

So I was already weary when I caught wind of Google Plus. This --- in case you’ve been trapped on queue without wi-fi down at the DMV --- is the latest cyborg sent to aspirate our brains through hollow proboscides, mine our data, and leave behind our lifeless humanoid pelts like the molted shells of cicadas. Contemplating yet another Social Network, I felt even more like the junkie trying to stay clean while running a needle-strewn gantlet cordoned by dealers trying to entice him back into the life.

Obviously one can overdo the social-networking-as-narcotic metaphor; I spend less time than many banging away at it, trying to enjoy its undoubted benefits while minimizing its harms. But lately, as I find my available time pressed upon from all sides, I’ve had to choose more carefully how to spend the little I have. Social-networking's attractions have begun to pale compared to its real-world cognates: being with friends and family, and getting out and making decent photographic work --- as opposed to talking about making it.

Where does that leave me and Google Plus? After a bit of tinkering with it, I pronounce it Promising. I can see it consolidating or even replacing many of the other social-networking tools I use. I’ll keep trying it, and checking in with the others. But I really do want to take a step back and think about how much virtual connecting is too much; and whether the real, messy, person-to-person kind wouldn’t be far more congenial to a meaningful existence in the physical world.
at 12:30 PM 2 comments:

Thank you to Ann Jastrab and everyone at Rayko for the fantastic opportunity!
at 10:15 AM No comments:

Email ThisBlogThis!Share to TwitterShare to FacebookShare to Pinterest
Labels: Rayko

Working in the photographic arts?

The Next Six Months

The next six months are a crazed time of family, photography and travel.  I am really excited about all of the opportunities both personally and professionally.
Between now and January 2012, I will be in
Nantucket, MA
Boston, MA
Keene Valley, NY
San Francisco, CA
Moscow, Russia
Atlanta, GA
Fort Collins, CO
Chicago, IL
Lishui, China
Miami, FL
New Orleans, LA
Almost all of this travel is photo-related where I will be connecting with photographers in person, with the goal of finding more great photo projects to promote on Fraction.
As Fraction moves fully into its third year, I have plans to expand and broaden the audience by introducing Fraction V (for video content) and Fraction E (for high school and college level projects).  The website will also receive a minor facelift to integrate content and conversation to make Fraction a singular destination for great photography and limit the need for redirection to other social media sites.
Although Fraction will be growing, the primary mission of showing strong, cohesive bodies of work remains the same.  Giving photographers who are creating powerful collections exposure will always be the core focus of Fraction.
I appreciate your patience over the next few months if I am slow to respond to emails.  In the meantime, I am preparing Issue 29 for release.  I think you will be pleased with my selection of work.
As always, please feel free to connect Fraction via email, twitter, facebook or Google+ .
at 9:40 AM 1 comment:

Leica Lenses (English) from leica camera on Vimeo.
at 11:15 PM No comments:

You spend X number of hours on social media. What is your Return on Investment ? 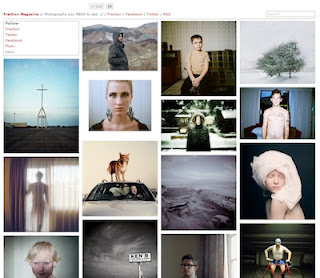 http://fractionmagazine.tumblr.com
at 12:36 PM No comments:

Email ThisBlogThis!Share to TwitterShare to FacebookShare to Pinterest
Labels: tumblr 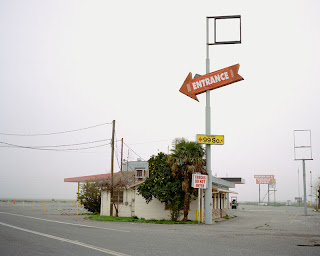 www.fractionmagazine.com
at 1:50 AM No comments: