Where I am right now 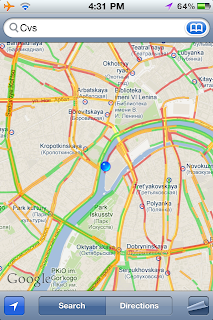 On my way to Moscow.
Follow me on twitter (@FractionMag) to get updates from Portfolio Review Russia
at 8:00 AM No comments:

The simplest contest ever!
All you need to do is follow Fraction on Twitter.
On Thursday September 15, ONE winner will be randomly selected to win a Think Tank Photo Speed Racer v2 camera bag. 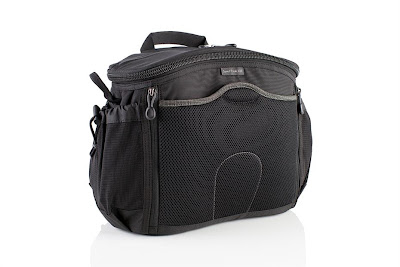 The fine print: Fraction will pay shipping to all US addresses.  If the winner lives outside the US, the winner will be required to pay all shipping costs

Archaeology and the Shape of Time 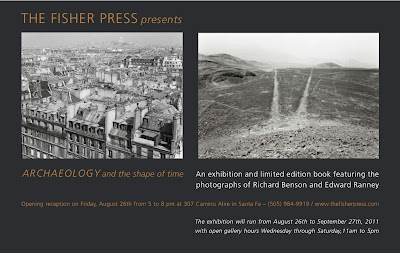 If you live in New Mexico, you will want to see this show


ARCHAEOLOGY and the Shape of Time
Photographs by Richard Benson and Edward Ranney
An exhibition and limited edition book
Where: The Fisher Press
Address: 307 Camino Alire, Santa Fe, NM, 87501
When: Opening reception Friday, August 26th from 5 to 8pm
The exhibition runs from August 26th to September 27th
Gallery hours 11am to 5pm Wednesday through Saturday for the first two weeks of the show's run and by appointment only thereafter
Opening Reception: August 26, 5 to 8pm
http://www.thefisherpress.com
at 10:13 AM No comments:

Video of the Rayko show

Email ThisBlogThis!Share to TwitterShare to FacebookShare to Pinterest
Labels: Rayko

Ken Rosenthal, who was featured in Issue 8, has a Kickstarter project that is worthy of your time, consideration and donation.

Who are you taking pictures for?
Myself.
You can't be taking pictures on the property.
Are you working security for the mall?
I'm chief of security.
Well, then I'm gone.
Appreciate it.


Thus went my recent conversation with a suburban police officer at a local mall.

I had been driving the access road that rings an upscale outdoor mall, camera on the passenger seat and left elbow (aka camera sandbag) on my windowsill. The mall buildings sit at the property’s periphery and face toward its center, so my vista was loading docks and steel entry doors. The photographic pickings were slim even for someone like myself, strangely obsessed with banal suburbia. At this tony mall, even the dumpster areas are tidily free of consumerism’s interesting detritus.


As I paused to chimp my meager photographic haul, I sensed movement in my left peripheral vision. I looked up as a police car moved smartly toward me from somewhere between my six- and my nine-o’clock. It pulled alongside and then angled into my lane as if to block my “escape”. It was a controlled but aggressive move, designed to intimidate. It got my attention.

The trim, immaculately-uniformed and -mustachioed officer walked briskly around the rear of the car towards my opened window, and we had our polite exchange of words. Given that he was armed, and I was technically trespassing on private property, I had no standing on which to refuse cooperation. I have no doubt that, had I chosen to be obstreperous, he would have arrested me on the spot. And there were no witnesses in sight to back me, had he also chosen to embellish the story to my disadvantage en route to jail.

Only as I drove away replaying the encounter did the oddness of several things strike me. This was the first time I’ve been accosted by a uniformed police officer while photographing on public-space private property. One wonders, is it the policy of his department to allow its officers to wear their uniforms and sidearms, and drive taxpayer-provided patrol cars, on moonlighting jobs? And was he actually off-duty from his day job? Yeah, I'm cynical.

I freely admit that photographing mall loading docks from a car window must seem pretty odd to the average non-photographer. Why would anyone do this for amusement or other innocent reason? Terrorist plotting mayhem? Maybe, but Google Earth and the mall website have better information for terrorist-planning purposes than I could gather with my camera. Thief plotting a burglary? The cop surely knows that the vast majority of business theft is perpetrated by employees, and shoplifting is relatively risk-free. Business owners mostly fear embarrassment and litigation, so I suspect that was his main concern.

Anyone who photographs publicly has similar stories of the suspicion or even hostility our innocent, perfectly-legal activity sometimes arouses. Child-kidnapping mass hysteria is impervious to comprehension of its actual minute rarity; but stoking this fear sure fills airtime. And people out in public increasingly believe they're entitled to some zone of privacy that the law doesn't grant them --- often the same people whose kids run wild in complete disregard of the space of others.
Some of this public wariness is no doubt post-9/11 "security" paranoia. That's at least understandable, if vastly overblown. But there also seems to have been some kind of shift in public perception over the years since I started photographing. Public photography with "professional" cameras seems to raise people's hackles in a way I don't recall in years past. I'm not sure what to make of this.
at 12:15 PM 5 comments:

At the airport headed to San Francisco for the Fraction show at Rayko Photo.

It opens Thursday night from 6-8pm

Hope to see you there